That’s exactly what happened to me on the morning of June 17th. I was gearing up for a regular day of working from home, which means I was still in pajamas and I had barely brushed my teeth when I got the call. I jumped up and immediately got dressed. I found that little black dress that can be cocktail, casual, or in this case, professional and as I put on my makeup, as I debated heels or flats.

My anxiety was at an all-time high as my boss was on my line with more details. I had to fill out forms to get my name cleared and all I could think about was, do I have any outstanding parking tickets, or is there anything that I’ve done that would prevent me from going? What if they say no, and then my job is looking at me sideways? And then, it happened. I was cleared. I couldn’t believe I was really going to the White House to cover such a historic event. But first, I had to get tested for covid, because there’s still a pandemic going on.

I grabbed a pair of heels, walked out wearing loafers, got in the car, and headed to the White House. I live about 20 minutes away from the White House on a good day but on this day, there was traffic, so my anxiety grew.

I called my mother and told her what was happening and she was extremely excited for me. I also filled her in on the heels or flats debate and she offered the insight to be practical because I was working in an environment where I would have to be flexible. Got it mom, so flats it is. I could always count on her for good advice.

When I got downtown D.C. I found the tightest parking spot ever and ran to the covid testing site blocks away. I was completely frantic because I arrived only eight minutes ahead of the cut off time.

After testing negative, I walked to a gate at the front of the White House and spoke to a Secret Service agent who verified my identity with someone inside. He, then directed me to a security check point where I met my escort from the White House Press Office. We walked to the James S.Brady Press Room where I and other members of the press were stationed.

Black journalists from Essence, Huffington Post and local paper The Washington Informer were there. The Grio White House Correspondent April D Ryan who is also my fellow HBCU/ Morgan State University Alum was also among the the press pool. I was so excited and green.


I was among a small pool of journalists who were escorted to East Room of the White House where the signing was being held. When I walked in, I saw R&B singer Usher talking to Congresswoman Ayanna Pressely. I also saw other black notable lawmakers like Maxine Waters, Kwasei Mfume, and Ilhan Omar congregating amongst themselves. I was in a small roped off area in the back of the room with the rest of the press group.

President Joe Biden and Vice President Kamala Harris walked into the room met with applause. VP Harris talked about the nature of the historic event and made mention that we were standing in house built by slaves. President Biden talked about making amends with the sins of the past in order to forge a better future. He also acknowledged longtime Juneteenth activist ,94-year-old Opal Lee.

Juneteenth, or June 19th 1866 marks the day that slaves in Galveston, TX were told they were free. More than two years after the emancipation proclamation was signed by President Abraham Lincoln.

As I left the White House, I couldn’t help but take it all in, the history I witnessed and the experience I just had.

When I got to my car, there was a parking ticket under the windshield wiper and all I could think of was, it was worth it. Hopefully it’s the first of many visits to the White House for me.

I’m so thankful for the opportunity from iHeart and The Black Information Network. Check out more of my pictures on social @morgynmedia.

Welcome to Morgyn Media: The Podcast, where I feature commentary on the latest in news, lifestyle and entertainment. Listen, subscribe, and follow @morgynmedia. Thank you! 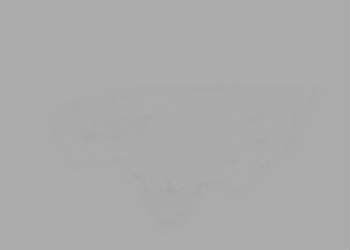